This amazing dog love story that took place in South Africa is about a dog named "Just Nuisance."

A Great Dane that was born on 1st April 1937, and became the ONLY DOG in history to be officially enlisted in the Royal Navy! 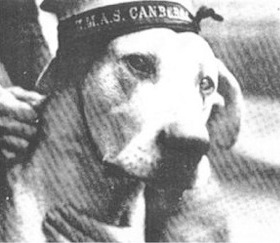 Just Nuisance was born in Rondebosch, a suburb of Cape Town (South Africa) and soon was sold to a man named Benjamin Chaney. His new owner moved to Simon’s Town to run the United Services Institute (USI).  And here is where  this amazing story begins.

Everyone liked the friendly dog that soon became very popular among the sailors who regularly visited the Institute. They used to pet him, give him all kinds of treats, taking him for walks.

In other words, they were doing all those wonderful "little things" that build a bond between a dog and his humans!

Your Love Story About Your Dog With Us

It didn’t take long for the gentle giant to get used to the company of the sailors so much that he started following them everywhere. Even back to the naval base!

In fact, he made the naval base his second home and used to lie on the decks of the ships that were moored at the wharf.

What he liked most was to rest his large body on the top of the gangplank. Can you imagine that? He was almost 2 meters (6.6 ft) tall when standing on his hind legs!

Being very reluctant to move he was a real obstacle for everyone wishing to board or disembark. So people started mumbling,"What a nuisance", "But why here? Your are Just a Nuisance"

And, that is how he got his name!

This big boy was following the sailors everywhere, even when they wished to take the train for a day trip to Cape Town! Young sailors were trying to hide (how could they?) their huge buddy from the furious conductors, while the other passengers were amused by the scene. Just Nuisance would jump on and off trains, always finding a way to reach his destination!

What a pity people didn’t have camera phones back then...

However, railway officials didn’t share the amused citizens’ enthusiasm nor accepted any offers by other travelers to pay for the dog's fare. Quite the opposite actually, they demanded from Nuisance’s owner to confine his dog or had his fares paid. They even threatened to put him down if he didn’t stop boarding on their trains.

The dog love story of Nuisance could not have such a bad ending of course. Something had to be done!

People started writing letters to the Navy, expressing their support to this clever boy and demanding for a solution to be found. The Commander-in-Chief of the Navy at that time took a revolutionary and really brave decision. He decided to enlist Just Nuisance into the Royal Navy!

He passed all the required medical examination, signed the proper enlistment forms with... a paw mark and became an official member of the Navy!

He enjoyed the same benefits as everyone else. Free to accompany his friends on their train trips, sleep on THEIR beds, go to the pubs with them and making sure that the drunk sailors would return safely back. Whenever there was a need, he would put a stop to their fights by standing up on his hind legs and pushing his HUGE paws against their chests!

Sometimes, he even made his appearance at parades wearing his seaman’s hat!  Everyone Just Loved him!

Just Nuisance had become a real celebrity and helped with his own, unique way in raising large sums of money to assist the War Effort.  Money came from a book that was written about this unique dog love story, postcards and also the auction of his two puppies, made by the Mayor of Cape Town.

Yes, Just Nuisance got "married" to Alinda, another Great Dane, and had 5 puppies with her!

The end of this unique dog love story was written on 1st April 1944, the day of his 7th birthday. Sadly, earlier that year this amazing dog had a car accident that caused him thrombosis... Although everyone did their best to help him recover there were not much left to be done. After all, 7-8 is the average life span of his breed.

Just Nuisance was laid to rest with full military honors at Klaver Camp, on top of Red Hill. His body was wrapped with a White Royal Naval Ensign and the solemn ceremony included a firing party of Royal Marines and a lone Bugler.

This wonderful dog has became a real part of the history of Simon’s Town. A collection of all his official papers, his collar and many photographs of him are displayed in the local museum and receive many visitors from all over the world every year. 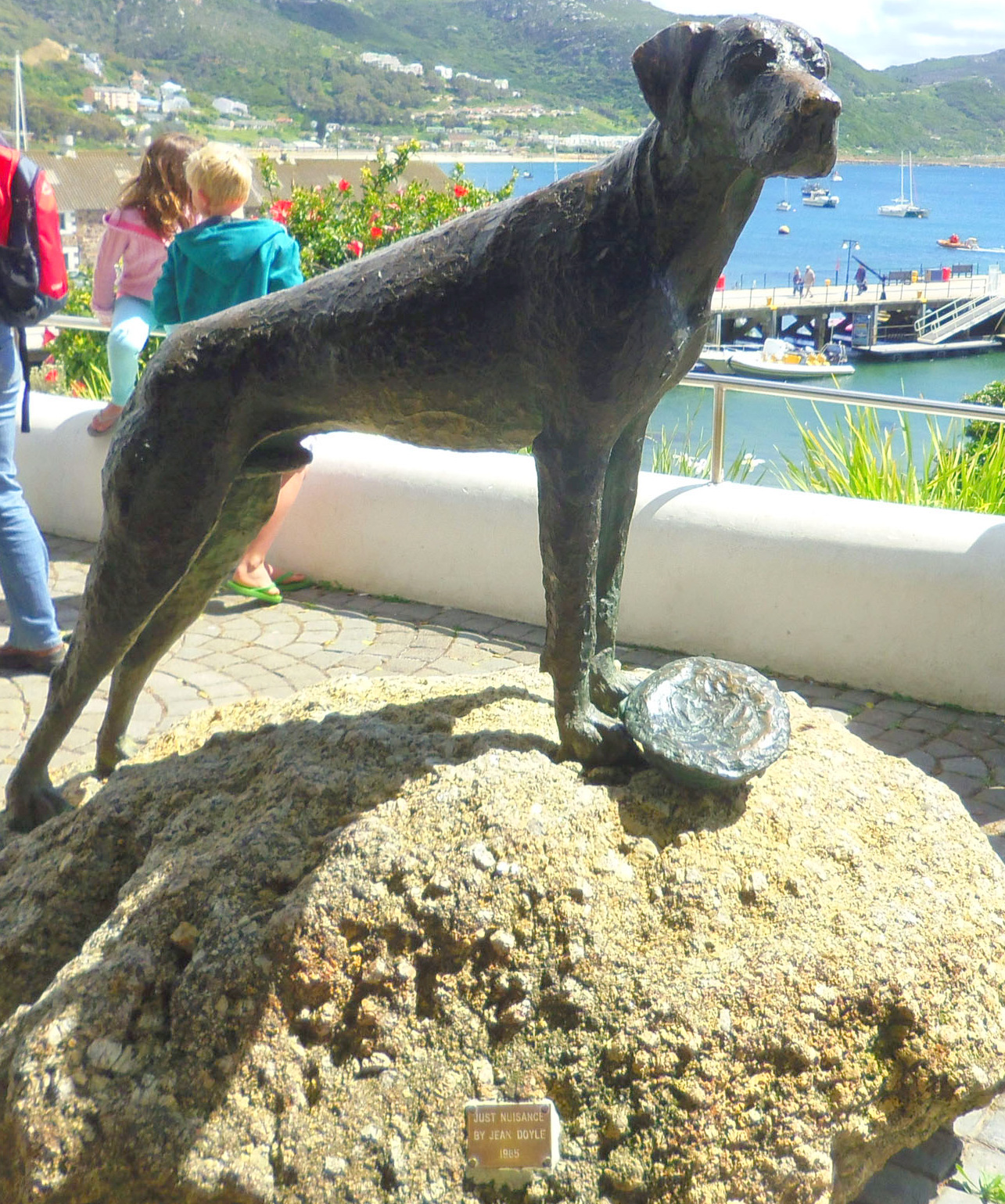 Want to read one more Dog Love Story? CLICK HERE for the amazing dog story of Hachico, a faithful dog that became a legend in Japan!

What Other Visitors Have Said

Click below to see contributions from other visitors to this page...

"Napoleon, My First Puppy!"
My name is Kimberly and I want to tell you a story about me, my sister, Yelsi and my first dog. My family and I have moved from Indiana to Chicago. In … 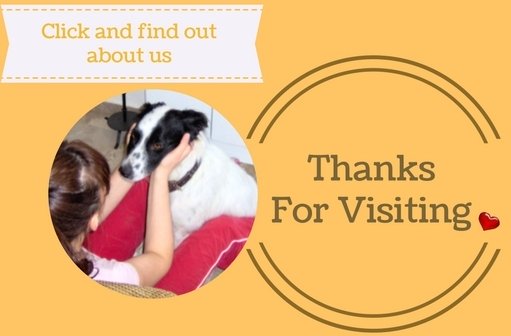 Have something to say about what you just read? Leave a comment in the box below.


Thank you so much for visiting!